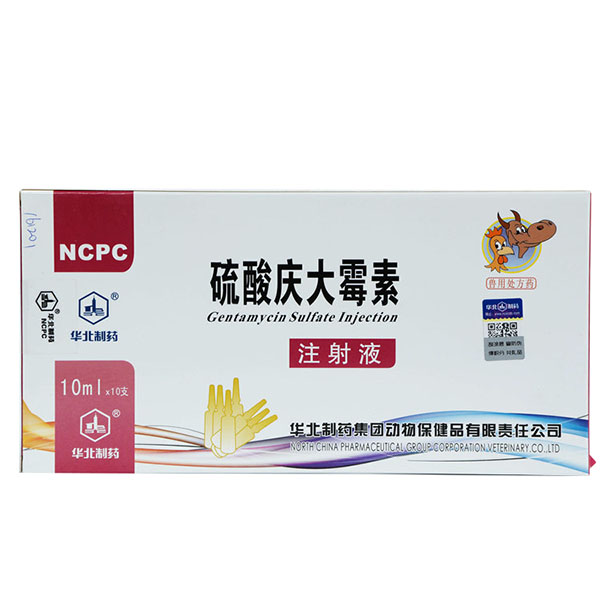 to cause vestibular dysfunction is more common, but also cause reversible renal toxicity, which with its accumulation in the renal cortex related. Occasional allergic reactions.

cat is more sensitive to the chemicals, constants can cause nausea, vomiting, salivation, and ataxia.

Long-term use can cause kidney damage.

One dose, 2~4mg per body weight for livestock, 3~5mg for dogs and cats, twice a day

It can be combined with carbenicillin treatment of severe pneumonia, but there is incompatibility in vitro.

This product combined with penicillin, Streptococcus a synergistic effect.

Have respiratory depression, not intravenous injection.